Because many readers have asked, here are some quick impressions of the BikeCharge integrated light/dynamo/USB charger. We've used the BikeCharge several times, including a hilly 53-mile ride and several local rides in our hometown.

General Impressions: Overall, we're impressed with the quality of the unit. It's solidly made and generally works as advertised. We took the unit up to speeds of over 40 mph with no problems.

The exception so far is the USB function, which is not working on our unit. We informed the manufacturer, and they're sending a replacement unit, which we will test and report on as soon as it arrives.

Riding with the BikeCharge: On that recent 55-mile ride, we rode with the BikeCharge's dynamo engaged for the entire ride (it's easy to disengage the unit for daytime riding, but we kept it on for test purposes). The unit's drag is minimal--we honestly couldn't discern any loss of speed caused by having it on. Lacking any special testing equipment, we'll guess that the drag is equal to or perhaps a bit less than a Schmidt hub, and certainly less than a B&M bottle generator. The unit's gearbox emits a very low level of noise, certainly less than a bottle generator. The only time the unit produces more noise is when changing speed, when the gearbox and/or the "clutch" mechanism that rests in the spokes make slightly louder gear meshing sound.

Brightness: We've been pleasantly surprised by the brightness of the headlight. The LED lamp is rated at 100 lumens, but it seems brighter than that. We used the BikeCharge for a brief nighttime ride, paired with a helmet-mounted Exposure Lights "Joystick" on the lowest setting, and adequate light for riding at about 20 mph. It's certainly not as bright as an Edelux or a similar high-end light, but certainly enough to ride with. We can certainly see this light working well for randonneuring events. The light is quite visible from the front, even in bright sunlight, making it a great running light for full-time use.

Our only minor complaint with the front light is its low-mounted location, which makes it somewhat hard to aim properly. We prefer a light mounted on the fork crown or handlebars, but the BikeCharge offers the tradeoff of being a single, easy-to-mount unit.

The red LED taillights, on the other hand, are a bit of a disappointment. They're not nearly as bright as the headlight (good thing, too, because you can see them while you are riding), and I wouldn't want to rely on them as my only source of rear-facing illumination. Riders in the USA and other countries where we drive on the righthand side of the road will also note that the unit mounts on the right side of the bike, making the taillights less visible to cars approaching from the rear on the left side of the bike.

USB Charging: As noted earlier, we couldn't get the USB charging function to work. The manufacturer said this was rare, and is sending a replacement unit. We're a little concerned about the relatively lightweight connector for the USB cord, but we'll wait to see how well it withstands regular service once we get a working unit.

More photos of the mounted BikeCharge after the break. Click here for unboxing photos.

Turning a set of Nuovo Record cranks on our retro-styled Raysport fixie. 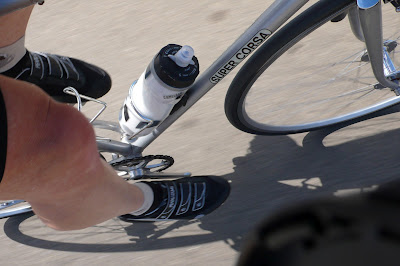 Photos by Campy Only from today's road race in Winters, CA. Surely there's some Campy stuff on some of the bikes ...

These two beauties have logged thousands of miles over the years, without a single fault. Unfortunately, we didn't have a Camy-equipped bike for yesterday's ride (our folding Dahon, however, is entirely ShimaNO-free), but the scenery made up for it. Here's a view from about the 6,000-foot level in the San Bernardino mountains.

Campagnolo's Clothing Line Finally Collapses Under Its Own Weight

Back in 2003, Campagnolo, which had a storied history in the design and manufacture of bicycle parts, decided to launch a new business ... making bicycle clothing. Readers of this blog and our web site (www.campyonly.com) know that we were openly skeptical of Campagnolo's decision from the beginning.

Our complaints were many: The clothing was expensive, and despite Campagnolo's many marketing claims, basically duplicated what was available from any number of other manufacturers (Assos, Pearl Izumi, the list goes on). Campagnolo entered a crowded marketplace with a product that did little to differentiate itself from the competition. Adding to the problem was that fact that the stuff was rather boring. Plain-looking jerseys, plain-looking shorts, plain-looking jackets ... was this the best that Italian design could produce?

On top of that, Campagnolo's clothing was hard to find. Campy Only stops in at bike shops everywhere we go, and we can count on one hand the number of shops in the USA where Campagnolo clothing was actually hanging on racks available for purchase in the past nine years.

Finally, Campagnolo combined the launch of their clothing line with a simultaneous crackdown on other manufacturers offering bicycle clothing with the Campagnolo logo and images on it. The upshot was that fans who wanted to show their pride in Campagnolo had one choice: Campagnolo's own overpriced stuff (if they could find it). Back when this was happening, we suggested on the web site that Campagnolo should look to the example of another storied company with a long history on which to base strong user support: Harley Davidson. Ride a Harley, and you have innumerable ways to show that pride. That's how you build a stronger brand, not by hoarding the logo in your own walled garden and charging exorbitant rates to get in.

So ... the news that Campagnolo is killing off this almost decade-long disaster won't bring any tears here at Campy Only. Let's hope that they take the energy that was put into designing next year's socks and devote it to improving the product line that really matters. And maybe they'll decide again to market the logo to a clothing company (or companies) that already know what they're doing in that world. Maybe.

We're interested in your comments. Please use the comment feature below to let us know what you think. 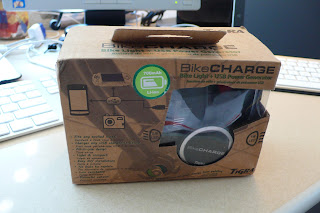 From the Product News section over at the official Campagnolo site ... updated Zonda and Scirocco wheels.
Posted by CampyOnlyGuy No comments:

Dusted off our PBP bike and rode a 200-kilometer "permanent" from San Francisco to Petaluma and back yesterday. Classic, downtube-shifting Campagnolo drivetrain worked flawlessly. 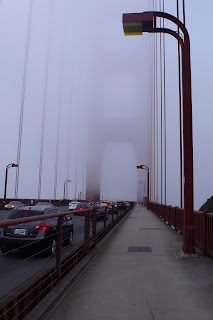 Years ago, long before my friends and I were old enough to drive, we rode our bikes everywhere. We rode to school, we rode to friend's houses, we rode to the movies. At the time, motocross racing was exploding in popularity, and we updated our Sting Rays to look like the motorcycles our heroes rode, adding nobby tires and sturdier handlebars and number plates with decals on them. Forget that we were just kids pedaling bikes along a dusty trail in a not-yet-built subdivision--we were having fun, and the trappings of motocross racers we followed were part of that fun.

In many ways, Grant Petersen's new book "Just Ride," reflects the spirit of those early days of cycling that most of us share, when riding was done for fun end enjoyment, without the need for 100- and 200-mile endurance tests, superlight bikes, and a seemingly neverending focus on speed.

Petersen, founder in 1994 of Rivendell Bicycle Works and before that a marketer and designer for Bridgestone USA, has in many ways never left those days too far behind. Yes, he dabbled in racing (in fact, he competed for almost a decade), but his focus in his Bridgestone and Rivendell years has been on creating bikes that hearken back to an earlier era. (Full disclosure: I own two Rivendell bicycles, and I can attest to the number of comments and questions I get about the bikes, usually something like, "How old is that bike? It sure looks like a classic.")
Read more »
Posted by CampyOnlyGuy No comments:

We here at Campy Only love our electronics. Not EPS (we still enjoy cable-actuated shifting). No, we're talking iPhone, iPod, iPad, etc.  And for those long rides and brevets where phone or iPod batteries may start running low, we're hoping to use this product to charge them up while riding. We'll post test results after we have a chance to use it.
BikeCharge: http://www.ibikeconsole.com/detail.asp?catid=71298&subcatid=0&pdtid=571697