Check out this video ... Richard Sachs makes a quick appearance at 0:13:  See the video


Posted by CampyOnlyGuy No comments:

We'll be adding this to the Campagnolo Tattoo archive soon. In the meantime, enjoy Jake B's great ink: 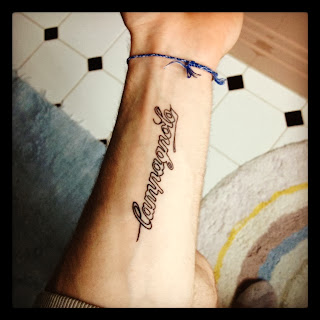 A Bicycle Video Cam for Your Heirs

The latest in bicycling electronics--a camera that records what happens when you're hit by a car. Be careful if your spouse joins the Kickstarter campaign ... and especially careful if he/she starts insisting that you go riding.

Ultramarathon cycling is aging, and unless the sport somehow convinces younger riders to take up the sport, demographics will catch up with our beloved double centuries and randonneuring events with disastrous consequences.

That's the unfortunate message that can be gleaned from the stats for riders in ultradistance cycling events.

Example: Statistics published by the California Triple Crown, which for 24 years has tracked the average age of the riders who finish the CTC series each year (completing at least three 200-mile "double century" rides). When the CTC started in 1990, the average age of a finisher in the series was 35. By 2013, the average age has risen to almost 51.

Statistics for Paris-Brest-Paris, the most famous long-distance event in the worldwide randonneuring circuit, tell a similar story. In the most recent running of PBP in 2011, the average age of a finisher was 48.7 years of age. Male finishers in 2011 averaged 49.0; females 45.4.

Using that measure (because ultramarathon cyclists are overwhelmingly male), the average age of a long-distance cyclist is almost 16 years older than men as a whole in the U.S.

Why is this? It's probably true that other types of cycling--mountain biking, racing, etc.--appeal more to younger riders and attract younger participants. Long-distance cycling demands a measure of endurance and patience that many younger cyclists don't have. It's also expensive--the average double century now costs more than $100 to enter, and most require travel and overnight stays. All told, one ride can easily cost $500 or more. Many of the younger cyclists that we know can't afford that kind of scratch.

But that doesn't explain why the CTC managed to attract such a young crowd in 1990 (35 years of age, at a time when the US median age was 32.9). What was different then that a group of riders almost half the age as the current crop took part in the events? And what can CTC--and other ultramarathon groups--do to bring younger riders into the fold?

There are some bright spots. In 1990, the CTC had only 33 finishers. Last year (this year's season isn't over yet), there were 515. That's partly due to the larger number of double centuries to choose from (just six in 1990 and 24 this year), and partly due to the growing awareness of the series. Still, CTC participation peaked in 2007 with 555 finishers, and has exceeded 500 only two years since then.

We're interested in your take on this issue. Let us know what you would to do increase participation in ultramarathon cycling in the comments below.
Posted by CampyOnlyGuy 15 comments:

Here's a great example: Yuri L's Wilier Zero.7, equipped with new Super Record 11 (except for the Rotor cranks). You'll see Yuri riding this near his home in Muscat, Oman.

To see your bike on the Campy Only blog, email photos to enorris [at] campyonly [dotcom] 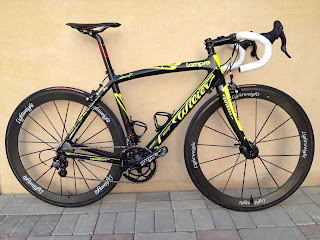 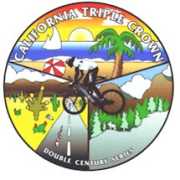 Not to brag (well, OK, a little bragging), but there is no other rider who's done that--only CTC founder Chuck Bramwell is close, with 23 finishes.

See you next year, Chuck!
Posted by CampyOnlyGuy No comments: 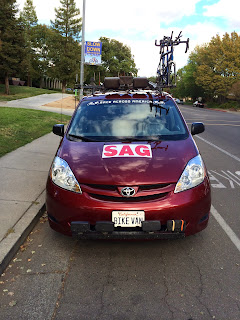 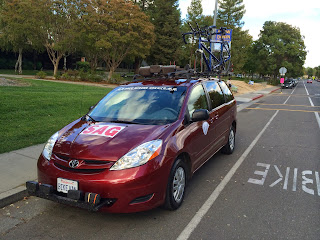 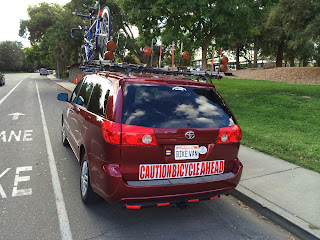 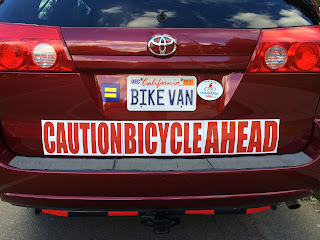 Reader Pieter S sent these photos of his Chorus-equipped cyclocross bike, which he describes as "a match to any forest and rides like a dream." Enjoy.