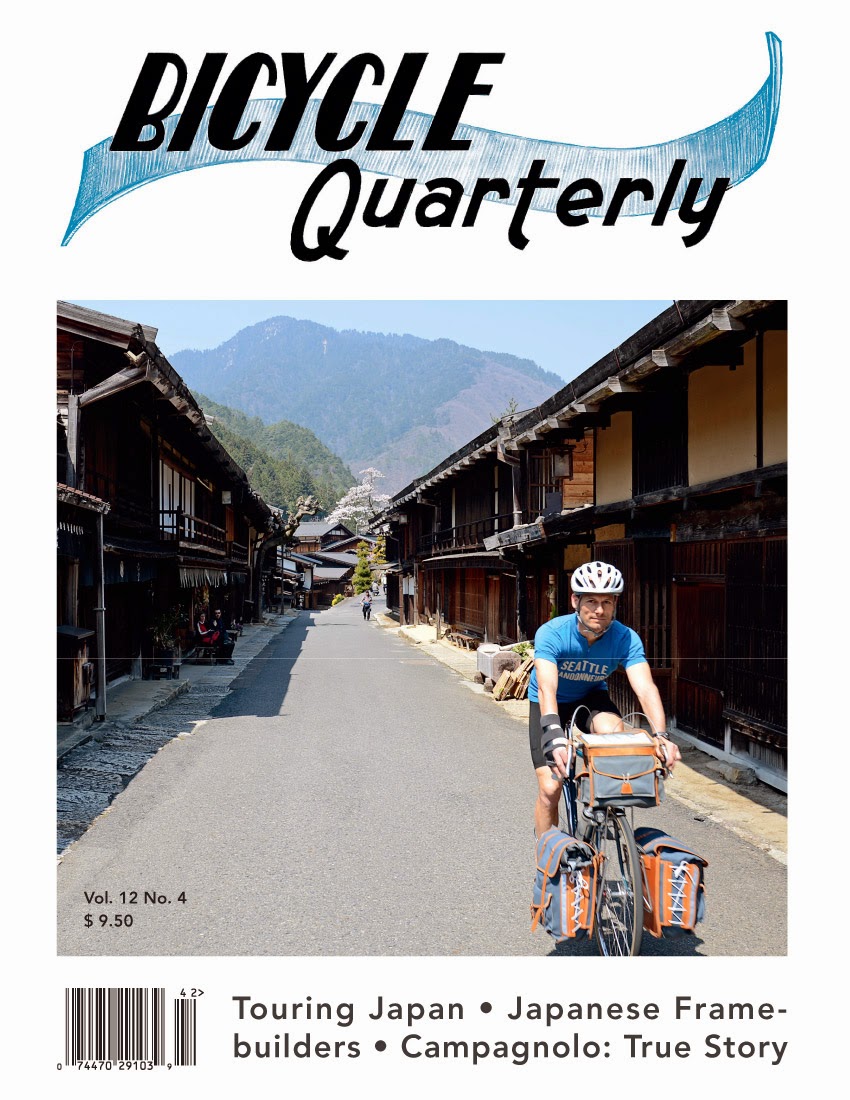 Jan Heine has written an intriguing piece on Tullio Campagnolo and his impact on the technology of cycling in the latest edition of his magazine, Bicycle Quarterly.

Jan raises some issues which have been long discussed in the cycling community, including the whether Tullio invented new products or, like Steve Jobs some 40 to 50 years later, saw value in ideas  and made them successful. Fans of cycling history, for instance, still debate whether Campagnolo invented the modern derailleur, or whether he simply made minor changes to products that were already on the market.

Heine covers this ground and much else quite well in an exhaustively researched article that draws on numerous sources (including our own web site, www.campyonly.com).

More than just discussing technology, however, Heine adds an entirely new thread to the Tullio Campagnolo story, delving into the extent to which Tullio invented not just bicycle parts but his own history. Was Tullio actually inspired to invent the quick release during a race in the 1920s? Was he even in the race? Heine has pored over 90-year-old Italian newspaper accounts to provide the most comprehensive examination of these topics we have ever seen.

We'll be asking Bicycle Quarterly for permission to reproduce the article here. In the meantime, it's worth the trouble for an Campagnolo fan to find a copy.
Posted by CampyOnlyGuy