We here at Campy Only are great believers in the value of reflective gear for our bikes. We put in a lot of miles after dark, both training for and riding in randonneuring events, and we've found a few inexpensive items that will help make your bike more visible at night.

The first are self-adhesive reflective decals that go on your rim around each spoke. The ones we use are called "Spokees," available online from www.funreflector.com They're available in several shapes and colors, including a "stealth" black that isn't quite as reflective but blends in well with black anodized rims.

Here's a photo of a diamond-shaped Spokee on one of our bikes: Spokees come 12 to a pack for $4.95, with free shipping. I put them about every 3rd or 4th spoke; two packs will outfit most bikes.

The photo above also shows another great reflective item--reflectors that put 3M Scotchlite on a small, lightweight tube that clips onto your bike's spokes. I found these on eBay, where I paid $14.99 for enough to equip two bikes. They weigh almost nothing, and don't affect the ride of the bike at all. I've had similar spoke reflectors on another bike for several years, and they remain as reflective as the day they were installed. Here's a shot of a wheel set up with both the rim and spoke reflectors in photos without and with flash (to simulate the effect of a car's headlights). When the wheels are moving, the effect is quite spectacular. You can also see the spoke reflectors in this daytime shot (the bike at far left): And here, in a nighttime flash photo. 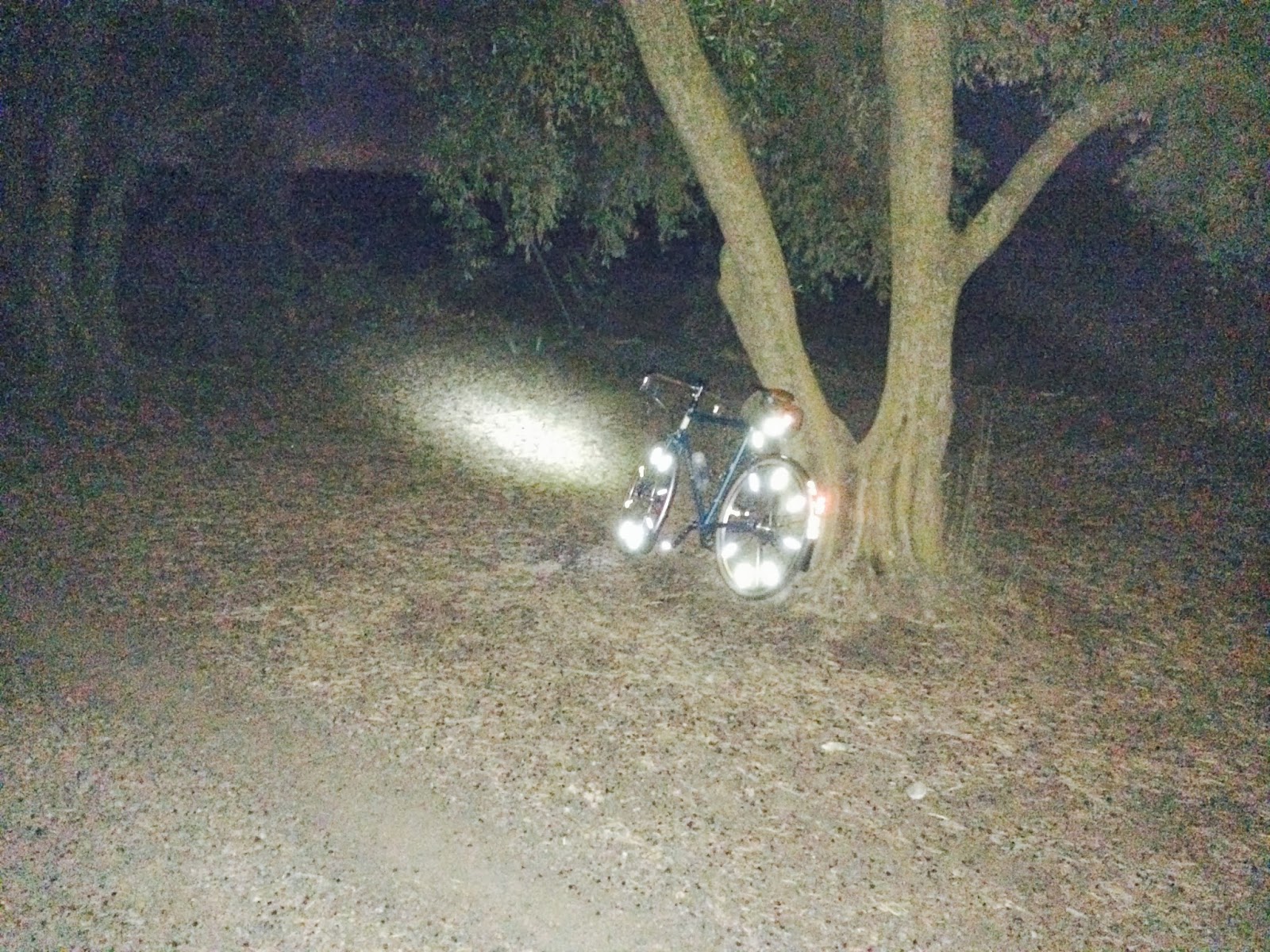 Summary: For a little over $20, you can add some great reflectivity to your bike. It's unobstrusive during the day, highly visible at night, and adds almost no weight to the bicycle.
Posted by CampyOnlyGuy